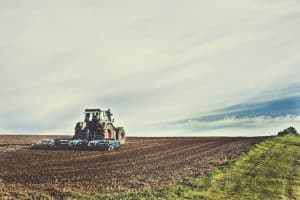 In the view of one influential economist, British farmers have developed an unsustainable dependence on overly generous tax benefits.

According to Prof. Dieter Helm, the Chair of the advisory group Natural Capital Committee, Britain’s agricultural industry has become too heavily reliant on government subsidies.

Although Prof. Helm was speaking in an unofficial capacity, this could be an early indicator of the future British farmers are facing.

If the government are to heed his advice, farmers will need to adapt to the loss of the generous tax relief benefits they currently receive.

Why is this being highlighted now?

Well, this could be a preemptive measure to warn farmers of the effect Brexit might have on their industry. In a post-Brexit economy, reviews of subsidy distribution are going to become commonplace, as areas previously funded by payments from the European Union will now fall directly to the British taxpayer.

Currently, British agriculture benefits from over £3 billion a year in EU farming subsidies. Without this Europe-wide regulation, the British taxpayer will have more control over the way tax is spent, and it might be difficult to justify continuing the industry’s ‘addiction’ to subsidies.

Depending on how well ministers are able to argue for the continuation of these benefits, it’s possible that certain privileges could be lost.

What could this mean for British farmers?

First of all, it could mean very little. Although Prof. Dieter Helm is the chairman of an influential environmental committee, his words were spoken only in a personal capacity as a BBC Radio 4 guest.

However, it would seem wise for British farmers to prepare for some degree of change in the way they receive tax relief. Environmental Secretary Michael Gove has already suggested that tax relief incentives may change to reward farmers in proportion to the benefits they deliver for nature and the countryside, rather than the quantity of land farmed.

From this stance, for example, benefits such as the legal use of low-duty red diesel may be withheld unless a specific environmental target is met.

At this stage however, any comments on the specifics of the tax relief changes are purely speculative – but British farmers would be wise to keep up to speed on the current debate surrounding post-Brexit agriculture, as it may have an affect on the way they farm.

To stay in the loop with all the latest developments in this story, give our Facebook page a like and we’ll keep you updated.